Americans of all political stripes oppose exploiting the judicial and congressional investigative apparatus for politics.

The Jan. 6 hearings mark the third major investigation into former President Donald Trump's time in office. To many people, in particular Republicans, these investigations have looked suspiciously politicized, especially the most recent hearings. What's surprising is that a large share of Democrats agree, the latest I&I/TIPP Poll results show.

Republicans have been front and center in criticizing the Jan. 6 hearings as little more than a political circus intended to besmirch Trump.

Even the makeup of the "bipartisan" committee has come in for ridicule, since the two GOP members of the nine-member panel were handpicked by the Democrats — contrary to the common practice of having a party select its own representatives. This wasn't helped by the fact that the two GOP members, Wyoming Rep. Liz Cheney and Illinois Rep. Adam Kinzinger, are both vociferous critics of Trump and voted for his impeachment.

But is the deck really stacked against the controversial former president? Republicans give a resounding "yes." But most surprising of all, many, if not most, Democrats agree.

In the July 2022 online I&I/TIPP Poll, we asked 1,643 adults across the country whether they agreed with the following two statements:

For the first statement, a clear plurality of 46% agreed that the Jan. 6 panel had been "handpicked" to represent Democrats views, versus 35% who disagreed.

But the political breakdown for the poll, which has a margin of error of +/-2.5 percentage points, gets interesting.

No shock that Republicans agree with the statement overwhelmingly, by 64% (agree) to 22% (disagree). But even among Democrats, 43% agreed the Jan. 6 committee shows a pro-Democrat bias, versus 44% who disagreed. That's within the poll's margin of error.

Independents were likewise evenly split, 38% to 38%.

Adding further intrigue to the numbers, white and black/hispanic groups were surprisingly close. For white Americans, 45% agreed, 38% disagreed. For blacks/hispanics, it was 50% to 29%.

One major gap did show in the data: gender. Men agreed by 54% to 33% the panel favors Democrats, while for women, it was nearly split in two, at 39% agree to 37% disagree.

The second statement, that the Jan. 6 investigation's "main aim" is to keep Trump from running again in 2024 showed 60% agreed while just 27% disagreed.

Even more eye-opening was this finding: 62% of Democrats agree the main purpose is to keep Trump from running in 2024, vs. just 28% who disagree. That's only slightly less than the 70% to 18% for Republicans.

Independents are more skeptical, but even among their ranks a plurality of 48% agreed, while 34% disagreed. And they were the only group of the more than 21 demographic categories the I&I/TIPP Poll follows that was below 50%. Every other category had a majority, liberal-left, black-white-hispanic, north-south-east-west, male-female, you name it.

These findings suggest, at very least, a high degree of skepticism over the Jan. 6 proceedings among the general public, regardless of party or political conviction.

This is not idle speculation, but based rather on an earlier I&I/TIPP Poll taken in June that showed 44% of Americans felt "confident" the Jan. 6 Commission would make a "genuine effort to uncover the truth," compared to 40% that said it wouldn't. 15% described themselves as "unsure."

At minimum, the public appears to be highly dubious of the Jan. 6 panel, and no doubt any results will be viewed by a significant share of voters, whether Democrat, Republican or independent, as politically tainted and biased against Trump.

One witness' appearance before the Jan. 6 congressional hearings underscores why the public's skepticism over the panel's motives might be growing.

Cassidy Hutchinson, a former top aide to White House chief of staff Mark Meadows, testified under oath that Trump got violent with his own security detail and at one point "lunged" at the steering wheel to gain control of his Secret Service car so he could join the rioters at the Capitol.

That second-hand testimony, hailed by the mainstream media as a "bombshell" revelation, later was called into question, with the two supposed Secret Service sources for Hutchinson's tale saying they were "willing to testify under oath to dispute Hutchinson’s narrative."

Further, the Jan. 6 committee tweeted: "Today's testimony makes clear that Trump wanted to go to the Capitol with the armed mob, despite warnings not to do so from his advisors testimony discussed the hard-core Trump supporters demonstrating that day as an "armed mob"

As American Greatness writer Julie Kelly observed: "Out of hundreds of thousands of Trump supporters in Washington, D.C. and a few thousand who then walked to the Capitol, only six have been charged for possessing firearms — and one left his guns in his vehicle."

Though raucous and at times violent, that is hardly an "armed mob."

Nor have the panel's bona fides been bolstered by the admission of Rep. Cheney on CBS' "Face The Nation" as to what the Jan. 6 Commission's real job is: “I can tell you that the single most important thing ... is to ensure that Donald Trump is not the Republican nominee and that he certainly is not anywhere close to the Oval Office ever again.”

As the I&I/TIPP results indicate, Americans of all political parties do not like the nation's judiciary and congressional investigatory apparatus to be used for political ends. Whether the Jan. 6 Commission members know it or not, that's how they're viewed.

I&I/TIPP publishes polling data each month on this topic and others of public interest. TIPP’s reputation for excellence comes from being the most accurate pollster for the past five presidential elections. 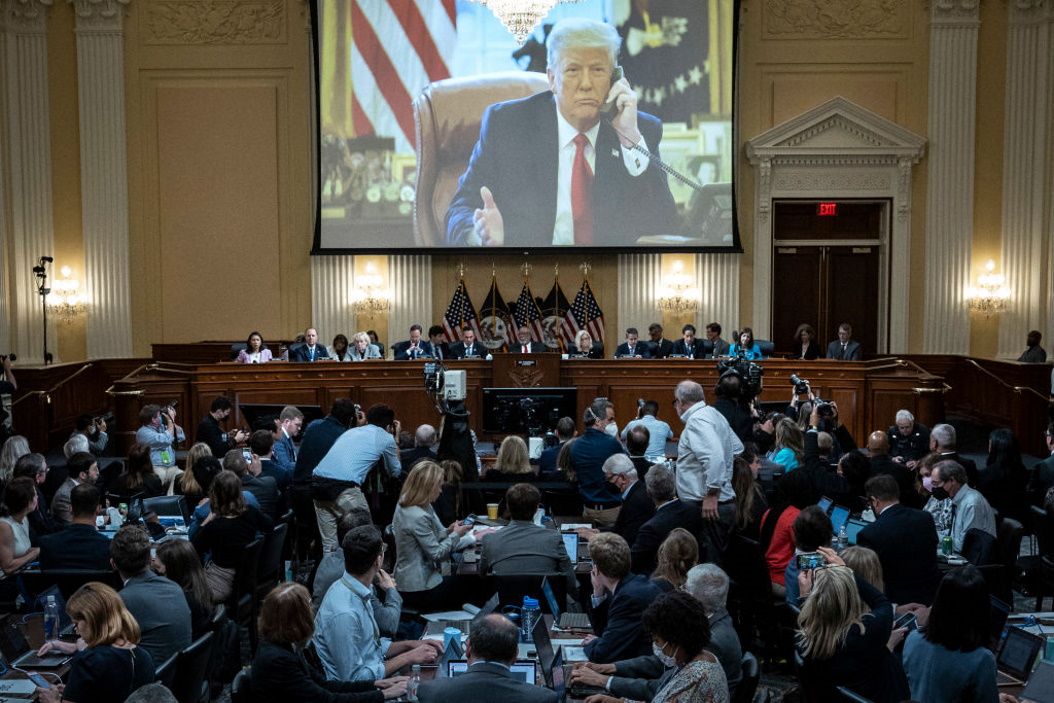