The mainstream media’s portrayal of the Ukraine war and blind praise for the Biden administration’s war efforts raises serious questions about their role in today’s world.

Western corporate media has towed the administration’s line for the last four months. Every governmental action has been exaggerated regarding its impact on the Russo-Ukrainian war. Every statement by Ukrainian President Zelenskyy has been embellished to make the rest of the world increase their empathy for the battered country. For instance, when Zelenskyy talks, the verb is always "said" or "spoke." When Russian officials say anything, the verb is "claims," implying that things are false or unverified.

As the conflict with Russia entered its 100th day, Zelenskyy said, "Victory will be ours." The Voice of America reported that Zelenskyy appeared in a video filmed outside the presidential palace in Kyiv. "Our team is much bigger. The Armed Forces of Ukraine are here. The most important — the people, the people of our state are here. Defending Ukraine for 100 days already. Victory will be ours."

But as the grueling battle is about to enter the fifth month, independent reports from around the world now seem to indicate a vastly different story. The war is not going so well for Ukraine; worse, Russia appears to be winning. Some outlets, like the Wall Street Journal and the New York Times, have begun reporting the truth. Still, the vast media-entertainment complex continues to engage in one-sided Western propaganda.

By Ukraine's own admission, Russia now controls 20% of Ukrainian land, including that which it ceased during the Crimea annexation in 2014. This region represents prime real estate in eastern Ukraine, where most of Ukraine's energy and farmland is located. As David Knight Legg wrote in the Wall Street Journal two months ago, "taking Ukraine's energy would give Mr. Putin the second-largest natural-gas reserves in Europe, worth more than $1 trillion at today's prices. It would give him oil and condensate worth as much as $400 billion and most of Ukraine's coal—the sixth-largest reserve base in the world." It looks like Russia is already there, and most mainstream media outlets have missed covering this narrative.

In his address, President Zelensky, describing the battle for the city of Severodonetsk, admitted: "In many ways, the fate of our Donbas is being decided there." Losing control of Donbas would allow Russia to freely enter Ukraine by land from the east and proceed unhindered to south Crimea. With the help of the military, the Russian Railway has already repaired freight tracks and restored the Northern Crimean Canal, securing a steady supply of freshwater to Crimea.

A sad story in the New York Times describes how sophisticated western weapons alone will not do the job, and training is critical. Junior Sgt. Dmytro Pysanka, explaining the difficulties of using a high-tech rangefinder, admits exasperatedly that nobody knows how to use it. "It's like being given an iPhone 13 and only being able to make phone calls." War-weary and tired Ukraine soldiers now use Google Translate to understand manuals in the field. Yet, the mainstream media narrative has been to support the shipment of even more advanced weapon systems to the theater.

Even on the sanctions front, the West's original objectives appear to be failing. The West has frozen Russia's massive hoard of foreign currency reserves, cut off Russian banks from the Swift system, and implemented a ban on Russian oil. While these have been significantly painful to the Russian economy driving its GDP down about 9%, many other countries not subject to such crippling sanctions are faring just as poorly.

The media has gone along with President Biden's bizarre assertions that the gas price hikes are because of Putin's war. Americans are being asked to pay higher prices at the pump so the world can wean itself off Russian oil and punish its economy. The truth is that Russia continues to sell its oil in ship-to-ship transfers on the high seas. India and China continue to procure Russian oil, which the media notes that Russia is forced to sell at a steep discount. But with oil trading at $120/barrel, even a 30% discount allows Russia to collect $84/barrel, a price 23% higher than the average price of $68 in 2021, before the war.

A critical Western goal was to drive down the value of the Ruble. Instead, the Russian currency is currently trading 28% higher against the dollar as on Feb 24, the day Russia invaded Ukraine. Despite Japan's steadfast support of Western policies, the yen has ironically fallen against the dollar, losing 15% of its value from that sad day. Even the Euro has fallen 7% since that day. There is little mention of these facts in mainstream media coverage.

When Congress passed the huge Ukraine aid bill, media outlets scathingly attacked the eleven Republicans in the Senate and the fifty-seven Republicans in the House who voted "no." If the fourth estate had been accurately reporting the war's progress, it is possible that many more, including Democrats in swing districts, would have voted against the bill and sent a strong message to the administration to do all in its power to help bring an end to a futile war; a war that has brought enormous death and destruction to Ukraine, reorganized Europe's security map forever, triggered famine in many parts of the world and inflicted tremendous financial pain on Americans.

In the coming weeks, many editorial boards will have their work cut out for them. Instead of blindly cheering on the Biden administration’s actions, they must get back to reporting facts. The change is already visible. The New York Times has already corrected its course. How long will it take for others to follow?

What do Americans think about the media? Read our most recent article and get the data below. 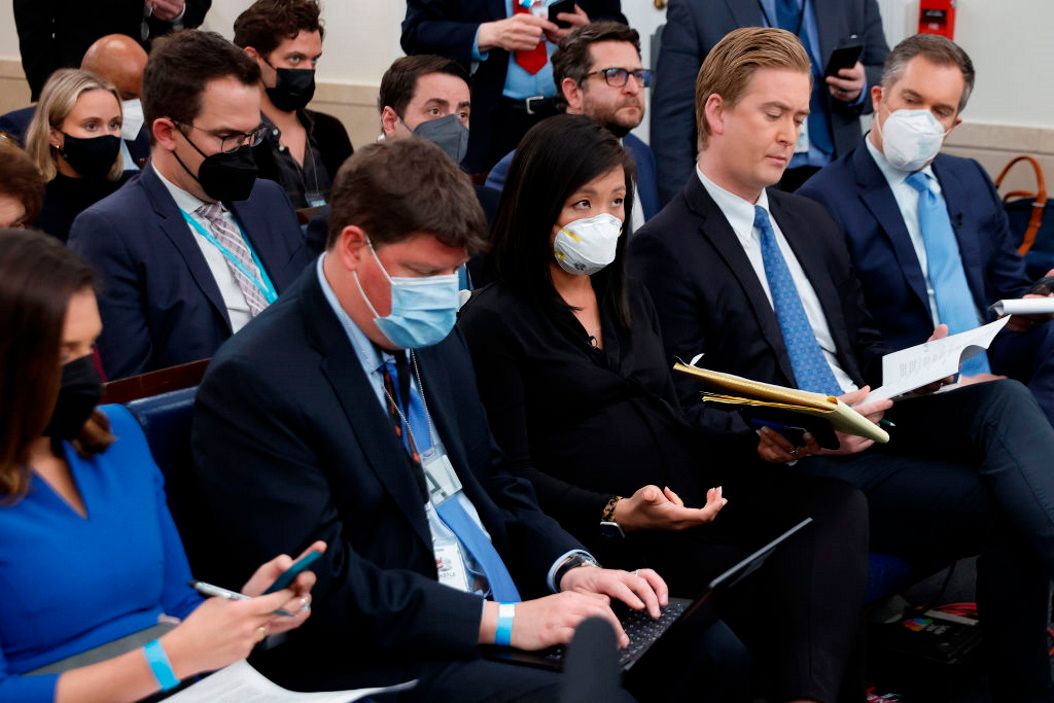