Most parents would like to have a say in what is appropriate for their kids.

Storytelling has been part of the human social and cultural fabric since time immemorial. Theatrics, embellishments, and improvisations have added flair to the activity, considered no less than an art form. Stories have been used to educate, preserve culture, and instill moral values.

Storytelling has adapted and thrived with the times. Television and, of late, online mediums and platforms have taken on the role of storytellers, enthralling the young and the not-so-young. But, some trends in the largely child-centric activity are raising concerns and causing misgivings.

For instance, the Drag Queen Story Hour (DQSH) website explicitly states what it stands for – “storytellers using the art of drag to read books to kids in libraries, schools, and bookstores.” Started in 2015, by author and activist Michelle Tea, in San Francisco, the program has close to forty chapters across the country, according to its website. Despite its incremental increase in popularity, many question the need for such events for minors.

Child-centric drag events are another divisive issue across the nation. Those in favor see such events as a “harmless way to introduce children to the gay and transgender movement.” Those opposed to such activities consider drag person-led events as “inappropriate” or “grooming.”

The recently concluded Golden/TIPP Poll of over 1,600 Americans found little overall agreement with the trend. But, its lack of approval need not be seen as hate or phobia, as the conversation has subtle nuances that point to discretion rather than exclusion. For instance, while most disapprove of DQSH in schools, the opposition is slightly less in public libraries.

Asked, “Do you approve or disapprove of “drag queen story hour” for minor children in: Public libraries” where the program initially started, the responses were:

Such programs are considered a part of the liberal agenda, and ideology and regional differences were marked. For instance, almost half (49%) of the South and Midwest disapproved, while only 40% of the Northeast felt the same. The graph below shows the responses based on ideology and political affiliation.

Supporters of the program like Judy Zuckerman, Director of Youth and Family Services, Brooklyn Public Library, say initiatives like DQSH “encourages children to look beyond gender stereotypes and embrace unfettered exploration of self. Programs like DQSH encourage acceptance of difference and help to prevent bullying while providing an enjoyable literary experience.”

While spaces like public libraries give parents a choice and a sense of control over what they expose their children to, many schools are taking away the option.

A larger majority expressed their displeasure when posed with the question, “Do you approve or disapprove of “drag queen story hour” for minor children in schools?”

The high number of disapprovals reflects the feelings of parents and guardians who are often “blind-sided” by drag events that occur in classrooms without prior notice or their consent. Such school activities often circumvent the parents’ objections, which are seen as “homophobic and transphobic.”

While DQSH is a relatively recent initiative, drag has been around for centuries. It is believed that drag originated out of necessity. At the inception of Shakespearean theatre, as ladies were not permitted to perform on stage, men in the cast had to don the role of female characters. From there, it evolved into drag queens and kings who over-exaggerate their looks and create an alluring persona. Recently, transgender and drag have been clubbed as one, though they are not essentially the same. Drag is not limited to any single gender or sexual identity. While drag is not innately sexual, many drag queens are provocatively clothed, and performances often portray overly sexualized drag artists.

To the question, “Do you approve or disapprove of “drag queen story hour” for minor children in: Other venues (Birthday parties, day camp, etc.)” almost half did not approve.

Complaints have risen from various quarters, especially after many schools and other institutions deemed drag shows in connection with the Pride Month celebrations appropriate for young children. It is evident that most parents would like to have a say in what is appropriate for their kids and where they want those conversations to start. 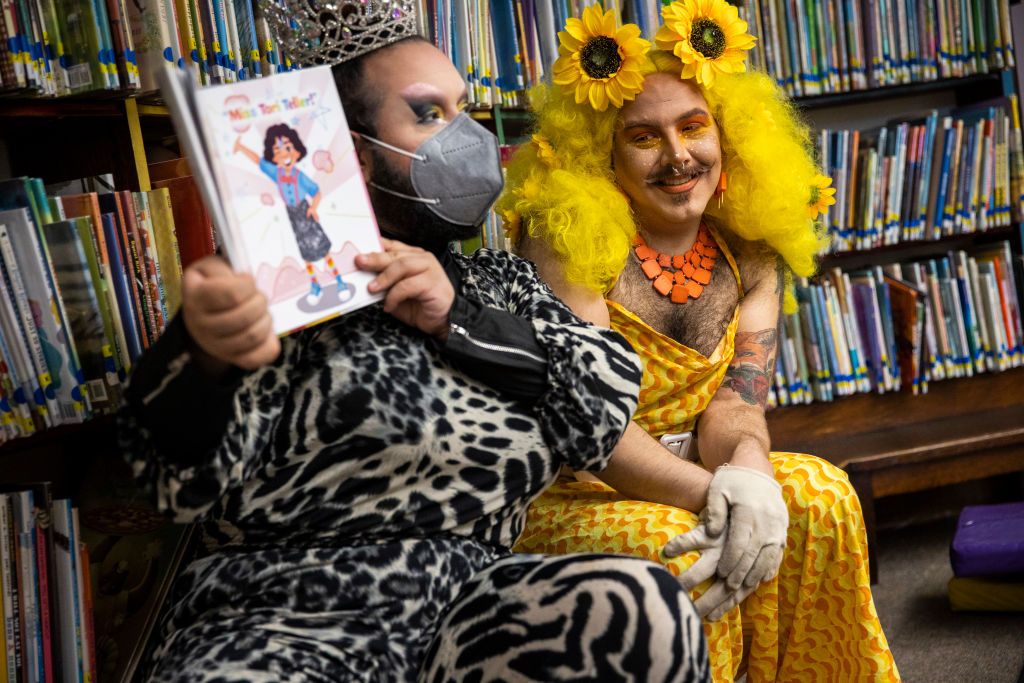