The Dem’s Much-Hyped Jan. 6 Hearings Are A Flop: I&I/TIPP Poll

Many question the Jan. 6 Committee’s integrity due to its highly partisan, anti-Trump composition.

Fewer than half of all Americans are convinced that the Democrats’ Jan. 6 Commission is making an honest attempt at discovering the truth about the mostly peaceful political demonstrations that took place on Capitol Hill that day, the latest data from the I&I/TIPP Poll show.

Some 44% of Americans said they were either “very confident” (21%) in the committee’s investigation or “somewhat confident” (23%) that the Democrat-dominated Jan. 6 Commission “will make a genuine effort to uncover the truth.”

The commission’s heavily partisan makeup — only two Republicans, Wyoming Rep. Liz Cheney and Illinois Rep. Adam Kinzinger, are on the nine-person panel, and both only by special invitation of the Democrats. This has angered many mainstream Republicans, since both Republicans on the committee are outspoken critics of former President Trump and voted to impeach him.

Rank-and-file GOP members see the hearings as a weak attempt to distract from the growing host of disasters and serious problems that have emerged during President Joe Biden’s troubled presidency, still less than a year-and-a-half into Biden’s first term.

And the Biden presidency’s problems are legion: A partial reckoning includes an economy-killing supply-chain collapse, soaring inflation, record energy prices, a steep stock market correction, declining standards of living, soaring violent crime rates, a number of failed foreign policy adventures, including the calamitous departure of U.S. troops from Afghanistan resulting in 13 dead, not to mention an increasingly open southern border that has turned into a genuine security threat.

And, once again, the poll numbers belie an important fact: Because of the extraordinary level of political divisiveness in the U.S. right now, the two sides in the debate could hardly be farther apart.

While 67% of Democrats express confidence that the congressional Jan. 6 panel will make a valid effort to discover the truth, only 29% of Republicans and 34% of independents agree. Since Republicans and independents make up roughly two-thirds of the electorate, that means most Americans have little to no faith in the bona fides of the Jan. 6 group.

But we also asked another question, namely, what if anything should the Jan. 6 Committee be investigating?

No shock here, the answer is former President Trump’s “alleged incitement,” with 25% of those queried citing that as most important. But right behind it came “role of social media outlets in denouncing/promoting J6” (24%), then “role of the Proud Boys,” “the continued fed investigations into who participated,” and “lack of Capitol Hill police,” all at 23%.

Coming in just behind those were “role of trained agitators” (22%), all the way down to “death of Ashli Babbit & role of Police officer who shot her,” at 14%. As the chart below shows, 21% answered “all of the above,” while a nearly equal share said “not sure” (20%).

But, again, the aggregate numbers are a bit deceptive, given the extraordinary polarization among the various U.S. political parties.

Ask a Democrat, and the J6 investigation likely comes down to one most-important thing: Donald Trump’s role in allegedly “inciting” the day’s violence near the nation’s Capitol. Some 41% of Democrats called that the top issue, compared to just 22% of independents.

Independents, by 22%, a slim 1% margin, want “the role of other trained agitators” looked into, followed by 21% equally wanting “role of the Proud Boys,” “lack of Capitol Hill police,” “D.C. police and Capitol Police,” “the continued fed investigations,” followed finally by “Trump’s alleged incitement.” But the top spot was “all issues,” at 25%. Independents, by their response, seem to want the whole even investigated, across the board.

What does all this say about the Jan. 6 investigations pushed by the Democratic Party? That a partisan non-Democratic majority of U.S. voters don’t trust the Democrat-led and directed politicians on the committee to do an honest day’s work.

That perhaps can be seen in the failure of the televised Jan. 6 Hearings, which most major networks broadcast in prime time, whether viewers wanted to watch or not.

And the result was mostly, “or not.” As the Nielsen Ratings for the program show, PJ Media’s Rick Moran notes, “The audience for the “Capitol Assault Hearings” was about the same size as nightly news broadcasts last week,” even though “nearly every major news network and the Big Three of CBS, NBC, and ABC covered the hearings.”

The Washington Free Beacon had a perhaps more humbling comparison:

That, by the way, compares with the 1973 Watergate hearings, which truly were “must-see TV” and likely doomed President Nixon.

“A.C. Nielsen reported that an estimated three out of four of the nation’s homes watched at least part of the (Watergate) hearings. The drama-filled inquiry outdrew popular daytime soap operas.”

In short, if the recent so-called “Capitol Assault Hearings” were intended to distract from the growing list of woes afflicting President Biden in specific and the congressional Democratic majority in general, they likely were a complete failure.

As I&I/TIPP data indicate, most Americans not only don’t believe the hearings are fair, but they can’t even agree on what the Jan. 6 committee should be investigating.

Each month, I&I/TIPP publishes timely and informative data from our polls on this topic and others of interest. TIPP’s reputation for excellence has come from being the most accurate pollster for the past five presidential elections.

Want to dig deeper? Get the cross-tabs! 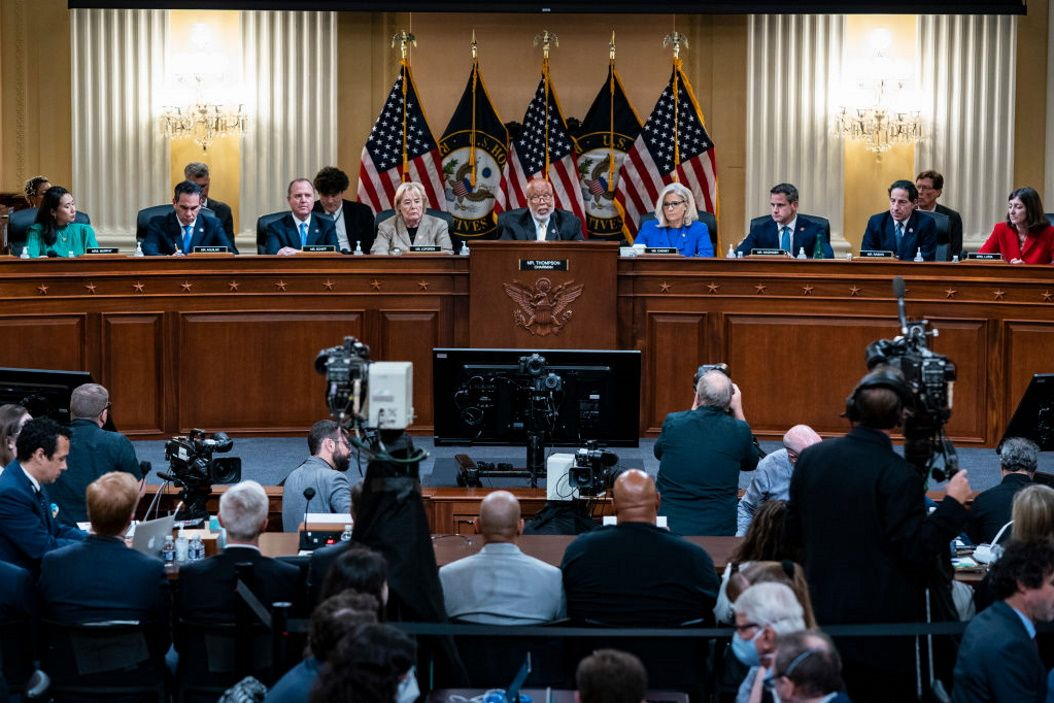