As the Hungarian PM said, America should act in the interest of the larger good and broker peace between Russia and Ukraine. Doing so will only restore America’s standing on the world stage.

Viktor Orban was the opening headline speaker in Dallas to kick off the Conservative Political Action Conference. The audience cheered him on, although many were glued to the closed captioning text on the big screens to make sense of his pronounced Hungarian accent.

And PM Orban did not disappoint them.

In a jab at Democrat-led cities in America struggling with crime, the Hungarian Prime Minister said that Budapest was one of Europe's safest cities. In another stab at the Biden administration's tax-and-spend policy, Orban, to cheers, boasted that Hungary has a flat tax of just 9%, one of the lowest in the world. The country has had a bilateral tax treaty with the United States since 1979, but when Orban did not embrace Treasury Secretary Janet Yellen's global minimum tax proposal, the American cancel culture was in full force. The Treasury announced that it terminated the tax treaty entirely. Orban lamented, to boos, that the treaty's cancellation meant that more than 1,700 American businesses operating in Hungary would be affected.

Orban's speech drew condemnation from the liberal media not for what he said in Dallas but for the anti-immigrant comments he made in Romania last month when he argued that Europeans should not "become peoples of mixed race." As is typical, the media ignored the most crucial moments of his CPAC speech.

Orban talked about the war with a deeply personal touch. He insisted that Hungary, Ukraine's neighbor, fully supports Ukraine in the fight against Russia. For all the talk that Orban is a Putin sympathizer, he said that Hungary had welcomed one million Ukrainian immigrants, amounting to 10% of the country's population of 10 million. He also noted that most of them had migrated elsewhere in Europe.

But Orban got the loudest applause when he pleaded to end the war. "Without American-Russian talks, there will never be peace in Ukraine," he said. "More and more people will die and suffer, and our economies will come to the brink of collapse." A few moments later, he made his pitch again. "Mayday! Mayday! We need a strong America with a strong leader" to lead peace negotiations with Russia.

This is not the first time that Orban has talked about peace, infuriating America and its European allies who have adopted a hawkish "Russia-must-fail-and-be-seen-to-fail" approach. In that same Romanian speech in July, referred to earlier, Orban called for the West to focus on 'peace' and not winning in Ukraine.

The seasoned Hungarian politician has also been skeptical of sanctions on Russia, arguing that they have hurt Europe more than Russia. Balázs Orbán, his political director and no relation, was quoted in the Financial Times on June 24: "The realities of utility cost prices, energy, political destabilization, the suffering of the middle class, it will just be every day [problem]. In Portugal or Spain, people will not accept the fact they are at war because they are far away . . . So it will cause political tension for sure."

For someone who, in April, won his fourth consecutive term as prime minister, Orban has been in office continuously since 2010 and, unlike modern American and western leaders, has experienced the highs and lows of Europe's relationship with Russia. [He served his first term as PM in 1997]. Nord Stream 1, the 750-mile pipeline under the Black Sea connecting Russian gas producers to Germany, was inaugurated in 2011. He was in office when Russia invaded Crimea in 2014, the low point of Russia's friendship with the G-8 when it was dismissed from the elite group.

Orban understands that the E.U., historically notoriously divided, has been remarkably united until now, but pain, such as a long winter with no reliable gas sources, could quickly crack the coalition. Indeed, signs of such fracture are already apparent. When Europe attempted to adopt a strict 15% gas-rationing plan, Spain, Portugal, and even France protested, resulting in a much watered-down deal. When Italian PM Mario Draghi, a strong pro-Ukraine voice, stepped down, speculation was rife that the party that comes to power in Rome next would likely be more friendly with Russia and demand concessions to continue supporting the West's fight against Putin.

Orban does not think highly of President Biden's leadership. Biden's foreign policy debacles have been in the global spotlight for 12 months. This time last year, the administration was surprised by the rapid Taliban takeover in Afghanistan, and in engineering, a hasty withdrawal that led to death and chaos exposed America's weakness.

Four months later, America provoked Russia by needlessly entering a security agreement with Ukraine. While Putin had no business attacking Ukraine, America missed numerous opportunities to avoid war. When the world teetered on famine, it was Turkey, working with the U.N., that struck a grain deal with Russia and Ukraine. America and the West were not even at the table. And this week, Speaker Pelosi's political stunt in Taiwan, against the administration's wishes, has plunged the region into a tense state of military conflict as China exercises its muscles.

Orban is right. We badly need American leadership to help end a bloody war. It's a pity that informal lines of communication between Washington and Moscow, the kind that helped end the 1962 Cuban missile crisis, are nowhere to be found. 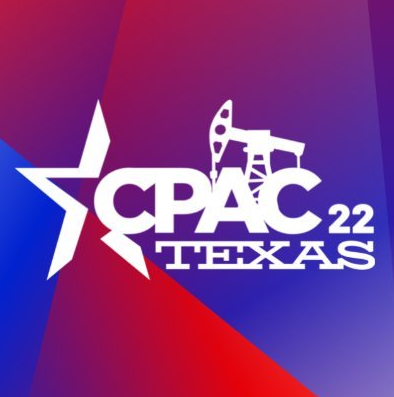