What Would JFK Have Done In The Russo-Ukraine War?

Team Biden did not engage Putin sufficiently to avert war, and President Biden will be remembered as the president who brought America the closest to World War III.

On April 26, 2022, Sen. Rand Paul (Ky) asked Secretary of State Antony Blinken at a Senate Foreign Relations Committee hearing: "Knowing full well that Ukraine was unlikely to ever join NATO since it had already been 14 years since they were told they were going to become members, why was it so important last fall before this invasion to continue agitating for Ukraine's admission to NATO?"

Sen. Paul was referring to the November 10, 2021, strategic agreement between the U.S. and Ukraine, which specified how Ukraine's integration into "Euro-Atlantic institutions are concurrent priorities."

Blinken, in his characteristically smooth style, went into a lengthy response. But a few sentences stood out. "These are sovereign decisions for European countries to make... but this goes to the heart of the international system and the international order. And part of that is a basic principle that one country can't dictate to another the choices it makes about with whom it allies, its foreign policies, or its decision or not to try to engage with the European Union with NATO."

We would have liked Sen. Paul to follow up with this question. "So, has there been a change in American policy here? What would President JFK have done?"

To understand where we are going with this, let's rewind to October 1962. The United States had based Jupiter missiles in Italy and Turkey, two European countries sharing borders with Soviet-era states. They were the first nuclear-armed, medium-range ballistic missiles of the United States Air Force, with a 1,500-mile range, easily capable of reaching multiple Soviet Union countries.

What followed were thirteen days of the tensest period in world history, well captured by a Hollywood thriller of the same name. The two world leaders, President JFK and Soviet leader Nikita Khrushchev, unbridled by the modern pressures of having to appease social media platforms, helped strike a deal to avert nuclear armageddon.

Precedents matter in foreign policy, just as they do in our justice system, because the underlying foundation is our values. Fast-forward to today, and it is clear that the Biden administration is not being consistent with what JFK did in the 1960s.

JFK was prepared to engage militarily with the Soviet Union as the United States did not want Cuba to possess nuclear weapons. How does Blinken's current "basic principle" definition square with American policy then? Blinken insists that one country can't dictate to another its choices about with whom it allies or its foreign policies - but this is what America did precisely. The United States opposed Cuba's decision to ally with the Soviet Union and threatened to attack if Cuba didn't comply.

Our gripe has always been that Blinken did not engage sufficiently with Putin to avert war. In Geneva, America listened to Russian grievances but did not cave, insisting that Ukraine has a right to determine its alliances. But this stubbornness, especially given Ukraine and its history and geographical proximity to Russia, has led the world to an unknown future in which Russia is making gains in eastern Ukraine. Ukraine may have to yield territory to stop further bloodshed, a suboptimal outcome for the West.

Blinken should have listened to Dr. Henry Kissinger. In his speech at Davos, Nixon's secretary of state alluded to Russia's rightful place in history, suggesting that for world peace, it may be best for Ukraine to be a neutral country, like Switzerland.

America needed a Dean Rusk (JFK's secretary of state) in Geneva, but we have an extraordinarily inept administration that has had so many foreign policy blunders that it would make the Guinness book in just a year.

The administration bungled the Afghan withdrawal. It weaponized Ukraine to the hilt but has not avoided the miseries of war. When President Biden visited Tokyo, it emboldened China and Russia to undertake joint flying missions in the South China Sea. Iran's nuclear deal is at risk with Iran seizing two Greek tankers this week. Even North Korea saw the inconsistencies in White House leadership. It went ahead with an ICBM test anyway, secure that both Russia and China would veto any U.N. Security Council resolution to punish it.

Our position does not absolve Putin of accountability for the horrible decisions and actions to attack his neighbor and cause global strife through food shortages and energy scarcity. But when a bad guy acts, it is incumbent on the world's sole remaining superpower to neutralize his actions before a single shot is fired. A "basic principle" to empower Ukraine's right to self-determination ought not to put the entire world at risk. Besides, this basic principle is something concocted by this administration. It was not in vogue just sixty years ago under another Democratic administration.

President Biden will be remembered as the president who brought America closest to World War III, just like JFK is still eulogized as one who swallowed his pride to prevent war through his understanding of global affairs. If we had people of the caliber of Dean Rusk and Robert McNamara, secretary of defense, the world today would have been a better place. 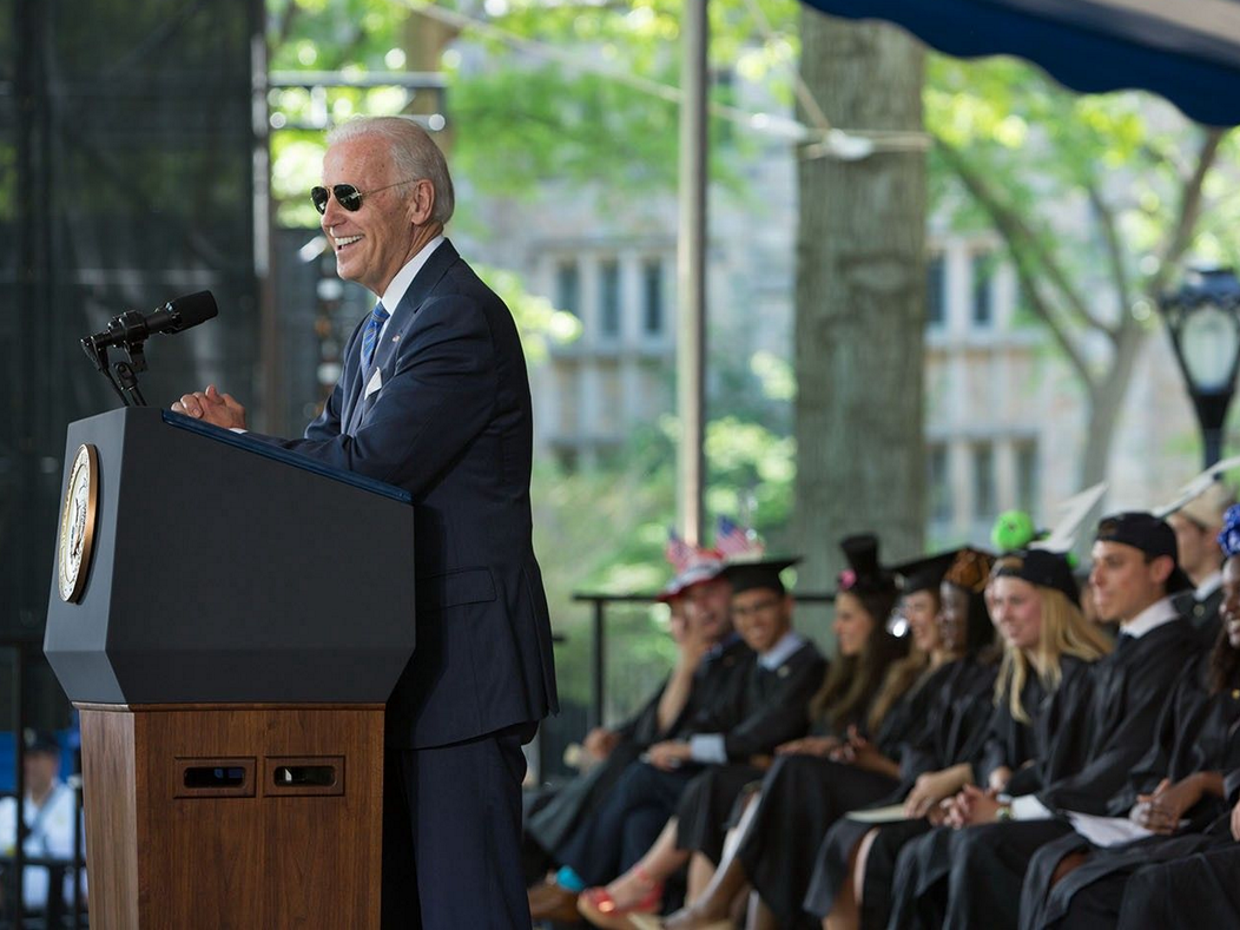 How do Americans perceive proposals to forgive student loans?