Trump still holds sway over a sizeable section of the Republican Party and has the support of millions of American voters – a fact that drives Democrats to tear him down.

Aside from the austere posturing and holier-than-thou reasons, what is motivating the January 6 hearings?

Democrats attempted impeachment based on January 6, which failed. The J6 hearings are now a second chance. They're hoping Merrick Garland will come to their aid if that doesn't work.

You would wonder, why is that?

Our latest Golden/TIPP Poll has the answer.

Democrats know that Trump is a potential threat in 2024 and are all out to handicap him so that he can't run. The poll shows that if the Republican primary were held today, Trump would win 55% of the votes. It is still Trump's party.

In the poll, conducted from June 8 to June 10, we presented 16 potential Republican contenders to 385 registered Republicans or independents who lean Republican.

Florida Governor Ron DeSantis is coming in a distant second, with 12% of the votes. The panicked media is heavily promoting a New Hampshire poll from a different organization in which DeSantis is leading Trump in the state and arguing that primaries are a state-by-state contest.

Trump and DeSantis are the only two candidates with support in the double digits. This portends danger for everyone, especially people like Pence, Haley, and Christie, who have, since the 2020 election, taken delicate anti-Trump positions. They have also campaigned against Trump-endorsed candidates, attracting his ire. Even Rand Paul, who was not polled and is an ardent Trump supporter, broke with the former President to endorse Mo Brooks in Alabama. Brooks lost in a landslide.

Former Vice President Pence got 7% of the votes, with former U.N. Ambassador Nikki Haley (4%) trailing him.

Arkansas Senator Tom Cotton, Nebraska Senator Ben Sasse, and Florida Senator Rick Scott got a few votes, but when their percentages were calculated, they were below 1% and rounded down to 0%.

Trump is supported by 63% of high school graduates, 53% of college graduates, and 51% of those with graduate or professional education.

Ideologically, 58% of conservatives and 49% of moderates would vote for him. There were only a handful of liberals in the sample.

On the positive side, Americans enjoyed an excellent economy during the Trump presidency. He was pro-business and favored energy independence. The country did not get entangled in any wars. Many Republicans are thankful to him for appointing conservative justices to the Supreme Court.

However, Trump will be 79 in 2024 if he runs again, which may be a concern for some. You can expect the big media to go into high gear to keep the public discourse stacked against the former President.

Ron DeSantis is a populist like Trump. In our opinion, if Trump decides to run, DeSantis would be a great running mate for him, provided Trump treats him with respect and decides to move on from the 2020 election, talking only about election integrity but not about the steal. DeSantis brings all of Trump's advantages to the 2024 ticket but none of his baggage.

Currently, the Democrats have no one in the wings. President Biden has little support within the party, and VP Kamala Harris has not shown promise thus far. 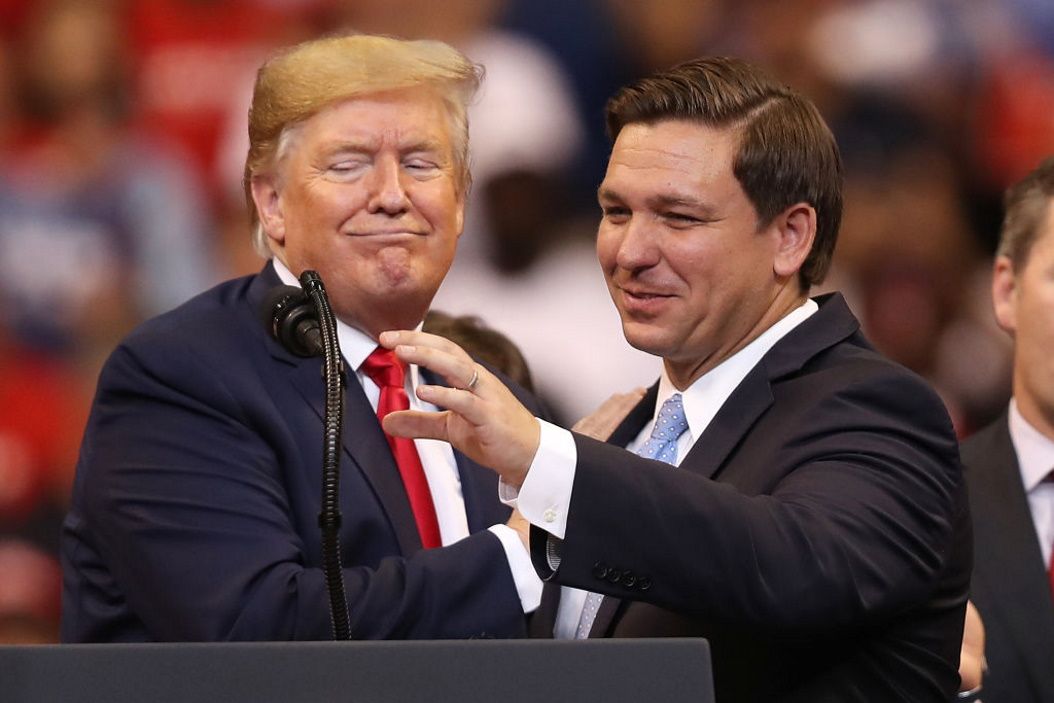